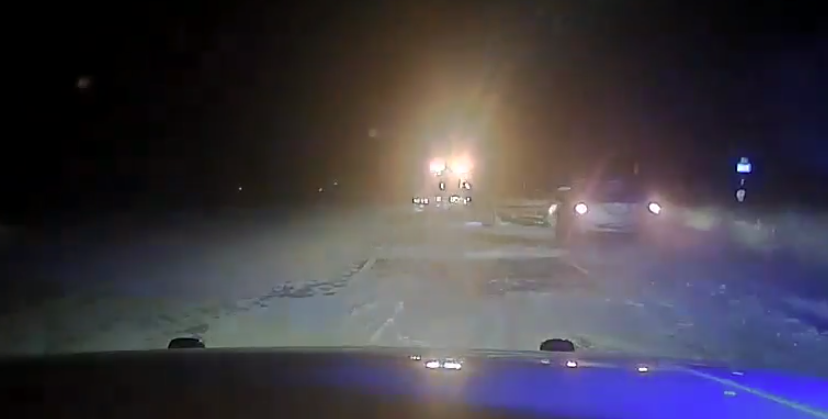 A weekend snowstorm followed by a blizzard made road conditions slick and dangerous.  In just over 24 hours, Nicollet County saw three fatal crashes on icy roads.

Today, neighboring Brown County had a story of its own, one that fortunately didn’t end with injury or death.  Sheriff Jason Seidl sent an email to media Wednesday afternoon, alerting of a video the department had posted on their Facebook page.

“…one of our squads was almost hit and the car did ended [sic] up striking a vehicle being pulled out of the ditch.”

Seidl said no one was injured in the crash.  He noted that the driver of the vehicle thought they were driving on the roadway, but the vehicle was actually on the shoulder.

“The Brown County Sheriff’s Office wants to remind all motorists to drive carefully and slow down, especially when you see flashing lights,” said Seidl.  “…we are thankful no injuries occurred.  But please slow down and be cautious during the winter season, as weather conditions and roadways are unpredictable.”