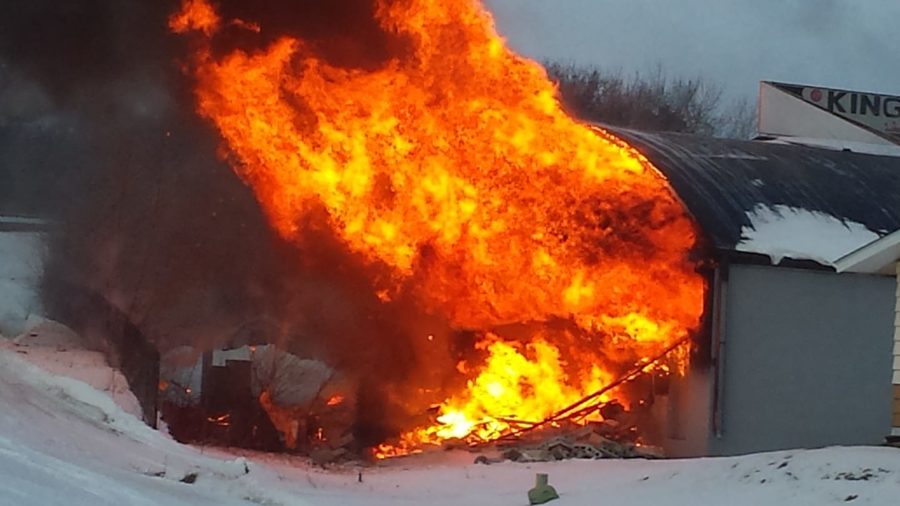 (St. Peter, MN) – A long-time bowling alley in St. Peter has been destroyed by fire

The St. Peter Fire Department says the KingPins Bowling Center building is a “total loss” after a fire broke out Saturday.  Firefighters were dispatched to the scene at 7:35 a.m., and was still present at 1 p.m., according to a release from the department.  Smoke could be seen billowing in the sky from miles away on Highway 14 Sunday afternoon.

The bowling alley is located on South 3rd Street, near the junction of Highways 99 and 169.

The cause of the fire remains under investigation.

Video of the fire at KingPins Bowling was shared on social media:

According to the bowling alley’s website, Kingpins was constructed in 1962, and has been St. Peter’s bowling destination for 50 years.  It was purchased by Jessica Tonsfeldt and Dwight Selders in 2014.

5 hours ago
Connect With Us Listen To Us On