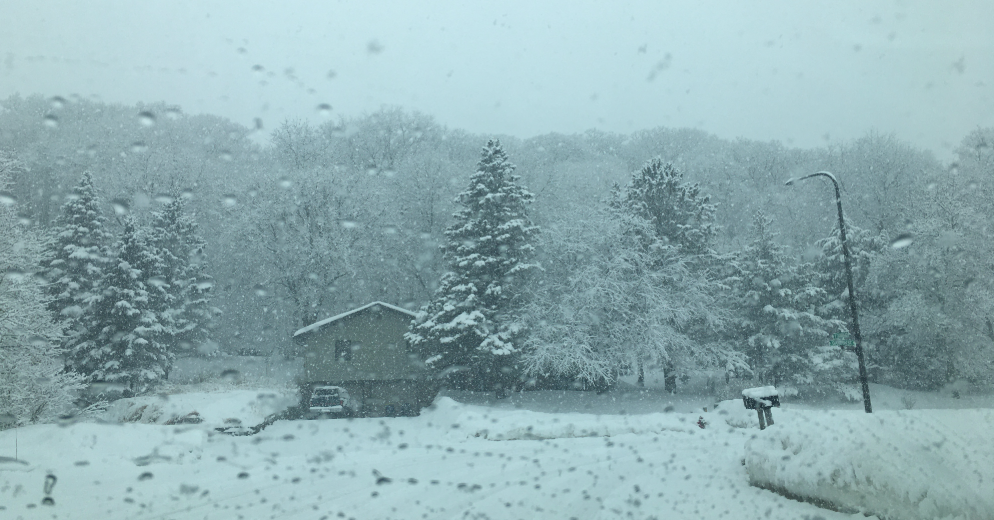 (Manakto, MN) – What was expected to be freezing rain and a light dusting of snow turned into something more significant for areas of southern Minnesota.

KEYC News 12 meteorologist Mark Tarello said on Facebook that the unexpected snowfall was due to the storm system slowing down.

Huge snowflakes rapidly fell on New Ulm, causing white-out conditions and messy roads.  The Brown  County Sheriff issued a warning on social media, asking residents to stay off the roads as they worked diligently to respond to crashes, spin-outs, and vehicles stuck on area roadway.

The New Ulm Police Department also warned drivers about visibility and slick roads as they responded to multiple crashes, pleading drivers to turn their headlights on and give themselves extra time on the roads.

Tarello reports New Ulm received about 10 inches of snowfall, while just to the east, Courtland got 9 inches.  Mankato and St. James saw about 5 inches of accumulation, while Winthrop got 5.5 inches.

The National Weather Service reports a chance of flurries for Tuesday, but otherwise the forecast looks clear, with abundant sunshine through Sunday.