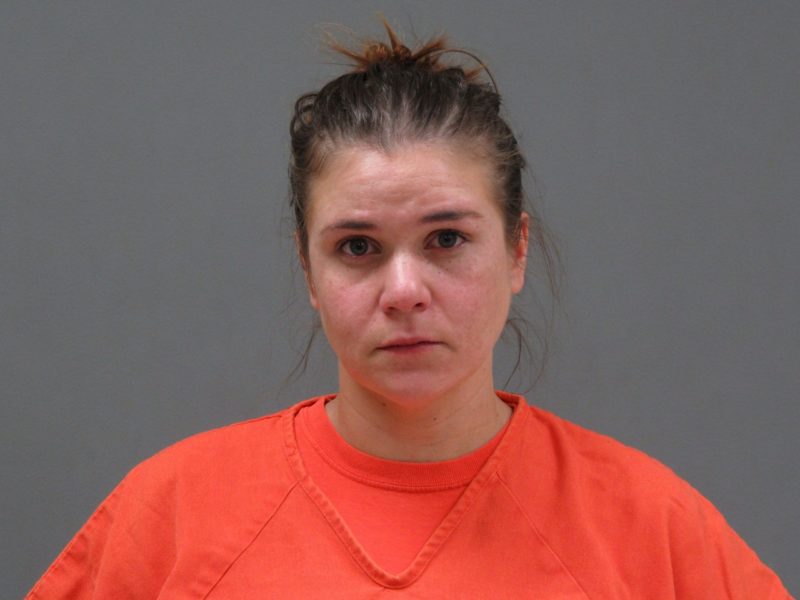 (Mankato, MN) – A St. Peter woman is facing multiple charges, accused of driving drunk with an infant in her car before a crash that injured a passenger.

According to a criminal complaint, police responded to a rollover crash on February 1st at 5:14 p.m, at 235th St and 610th Ave where a minivan was on its roof.  A passenger complained of stomach pain, according to the complaint, and a baby under one year of age was in the vehicle.

Police say they smelled a faint alcohol odor coming from Anderson, who admitted to driving the vehicle.  Anderson said she was unfamiliar with the area, and had turned around because the baby was being fussy.  She then attempted to make a sharp right when she noticed the intersection, but instead slid into the ditch, the vehicle rolling a couple of times, according to the complaint.

A preliminary breath test put Anderson’s blood-alcohol level at .17, according to the criminal complaint.  Police say a bottle of vodka was found in her purse.

One of two adult passengers was transported to an emergency room for medical care.

Anderson admitted to drinking two “heavy” vodkas and one beer.  She told police her injured passenger was the only sober adult in the vehicle.  When police asked Anderson why that person was not driving, she said it was a good point, but she is usually just the driver.