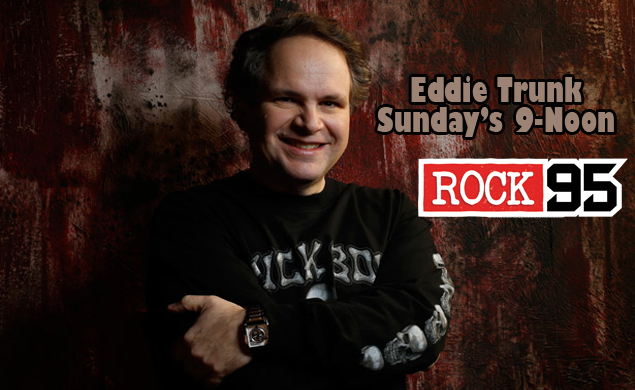 Eddie Trunk was born in New Jersey on August 8th 1964.

Eddie began his broadcasting career in 1983, after convincing the execs at his favorite local radio station, WDHA in NJ, to allow him to produce a hard rock/heavy metal specialty show – one of the first of it’s kind. That show continues to this day under the banner of Eddie Trunk Rocks (also labeled Friday Night Rocks in NYC). “Eddie Trunk Rocks” originates out of New York City, the number one radio market, on Q104.3 and is syndicated nationally and heard on more than 35, stations including other top 10 markets such as WAAF in Boston. The 3 hour weekly show includes new and classic hard rock music hand picked by Eddie as well as news making artist interviews and more. It is also available on various streams free.

Eddie also hosts Eddie Trunk Live, a weekly live music, talk & interview show every Monday night (6 – 10p ET/ 3-7 Pacific) on SiriusXM satellite radio channel 39 (Hair Nation), which is branded “Trunk Nation” during his program. The show has become appointment listening throughout America and Canada due to its in depth interviews, commentary and wide ranging guests and audience calls. It is one of satellite radios few live interactive shows on a music channel and features Eddie’s brand of “music and talk that rocks”.