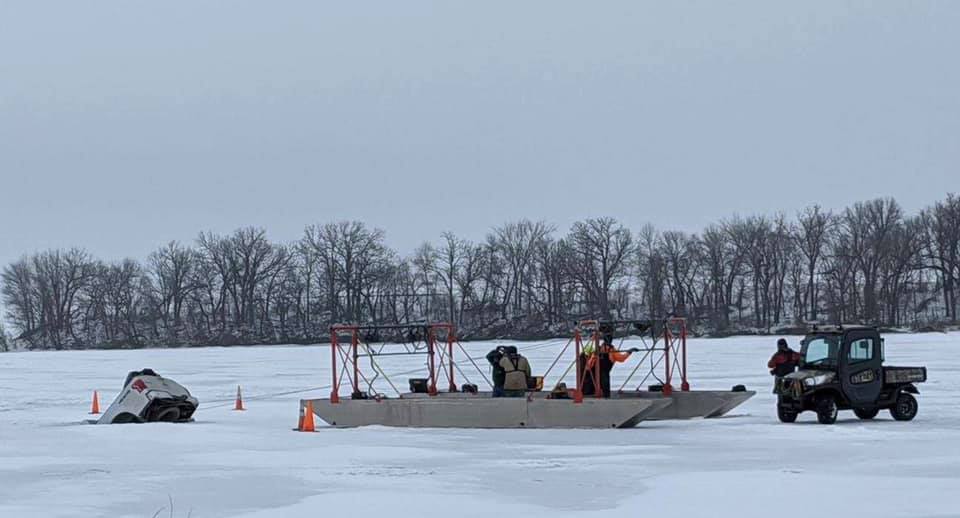 (New Ulm, MN) – If you’ve ever wondered how much retrieving your vehicle from a lake will soak you for, the Brown County Sheriff has an answer.

The sheriff’s office posted an update on social media Wednesday about the vehicle that fell through the ice on Lake Hanska, noting that the pulling the truck out wasn’t cheap.  “The retrieval cost is estimated to be just under $10,000.  In this case, it appears insurance would cover this cost one time,” said the Facebook post. 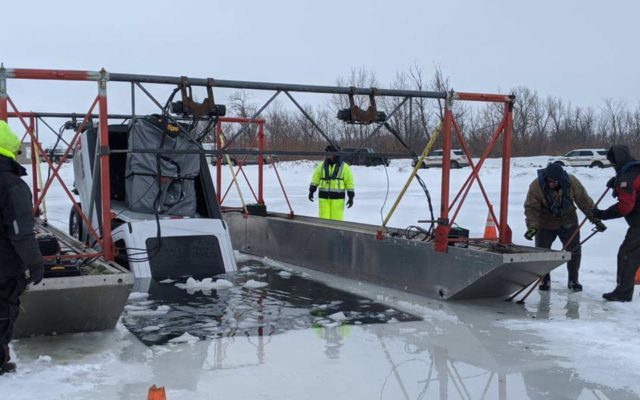 The pickup was driving on the ice near Godahl Point Monday when the two occupants reported the vehicle fell through the ice in an instant.  “They could not open the truck doors so escaped through their windows,” said the Facebook post.  “They are thankful to be alive to share this valuable lesson on ice safety to others.” 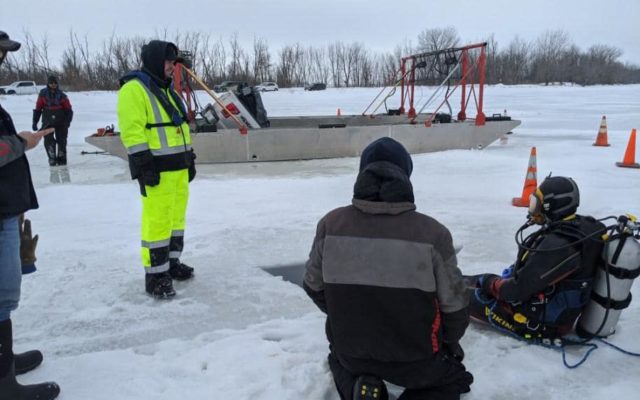 According to the sheriff, the ice where the truck went down was about 7 inches thick on the day it was pulled out.  About 100 yards away, the ice was 15 inches thick, the Facebook post says.

Police thanked Moloney Enterprises from Madelia for leading the operation, along with Hanska Fire and Rescue, the St. James Fire Department, and deputies from Brown County.

Police: Partygoer ordered to strip while suspects robbed him

Minnesota to administer COVID-19 boosters to those eligible

14 hours ago
Connect With Us Listen To Us On