Prep Star Athlete Of The Week 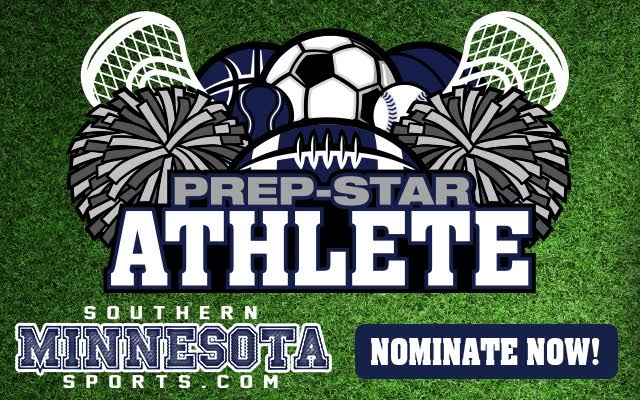 Adam Thielen, Lindsey Whalen and Joe Mauer… what do they have in common? They all represented their high schools from right here in Minnesota. SouthernMinnesota Sports.com is looking for the next local sports superstar.

Nominate an outstanding male or female student athlete. Whether it was a game winning shot, catch, spike or a moment of amazing sportsmanship.

PREP STAR ATHLETE(S) Of THE WEEK

Dedicated team player for NPS Varsity Volleyball team and Top Runner and Captain of the LCWM/N Cross Country Team. This Senior can do it all. Looking for her 4th straight trip to State in CC and second straight win as Section Champion. Her commitment as a double sport athlete this fall and for the last 3 years goes above and beyond. Her dedication and hard work in both sports should not go unrecognised as one of the truest athletes in Southern Minnesota.

This week winner is a team entry submitted by Nicole…

The Maple River high school varsity Volleyball team. Before every game, they hand write notes of encouragement to the opposing team and then place them on the bench. A couple of weeks ago, when they played against Blooming Prairie(right after BP had lost one of their teachers and students in a car accident), the eagles have each member of the BP varsity team a flower to show that they was in their thoughts and prayers. They also have them a hand made card signed by all members of the MR volleyball program. After the game, they joined BP on the court for a moment of prayer.

Mankato's Rock
CONNECT WITH US LISTEN TO US ON