(Roseville, MN) – A Mountain Lake man is a million-dollar Powerball winner after what he calls a “fluke” purchase and a miracle win.

College professor John Engstrom and his wife were doing last-minute Christmas shopping in Mankato when he stopped at the Madison Ave Kwik Trip.  Engstrom was standing in line waiting to buy some donuts when he noticed the Powerball jackpot sign and thought “What the heck – I should buy a ticket.” 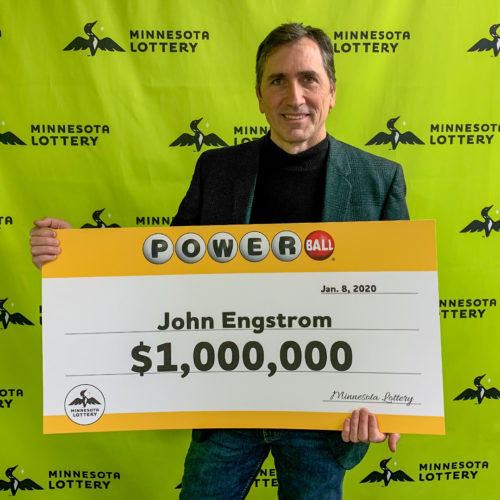 Engstrom said he put the ticket in his coat pocket and didn’t think twice about it.

It wasn’t until Christmas Eve that Engstrom discovered the winning ticket in his pocket – all because he was unexpectedly doing laundry because of his 11-month-old grandson’s messy diaper.

“I told my son,’Your baby had a million-dollar mess!’ if it wasn’t for his messy diaper, I wouldn’t have checked the ticket,” said Engstrom.  “It was a miracle I didn’t lose the ticket.”

Engstrom is the fifth Minnesotan to claim $1 million prize so far this year.

2 days ago
Connect With Us Listen To Us On